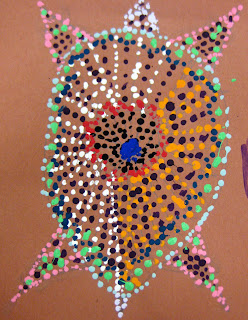 Day 1 and 2: Students learned about aboriginal art and how it is influenced by the dream time. Students then learned about Uluru, a large rock in central Australia that is sacred to the aboriginal people. They then began writing a surreal story about an Australian animals adventure to Uluru. They could pick from a sea turtle, kangaroo, koala, or dingo as their main characters. Once the story was written they drew an illustration 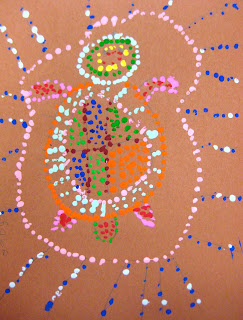 Day 3 and 4: students used their illustration as a sort of sketch for their final painting. First drawn out with pencil, students used the end of a paint brush handle to create dots along their pencils lines. Once the outlines were made students followed inside their shapes. 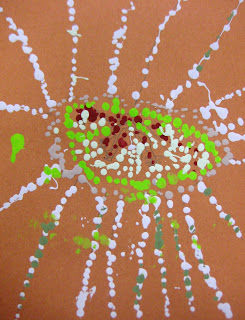 If I were to do this project again I would make the final painting paper half the size. Students got burnt out quick from making dots. I tried motivating them by saying if you sold this painting you would get a dollar a dot. The more dots the more money! But the holiday break coming up definitely clouded their determination. I had some awesomely impressive results mixed with students who barely put any effort towards their painting.
There are some paintings I didn't even post because the animals are nearly unrecognizable. Curious, what age groups do you usually have create dot paintings? Maybe I just need to simplify.... 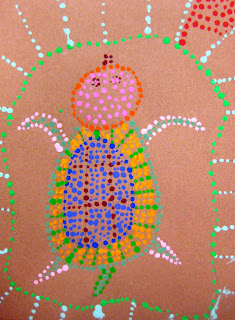 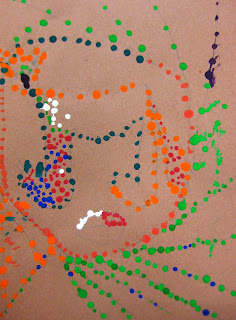 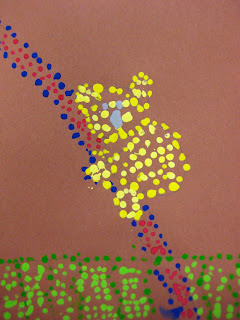 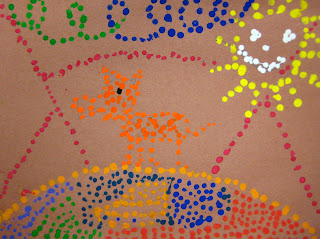 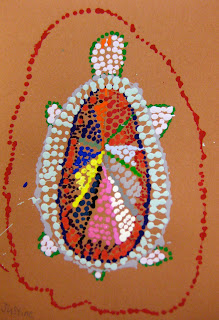 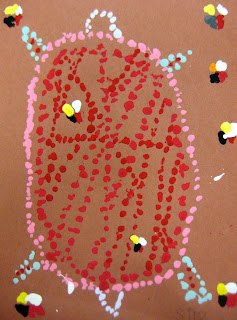 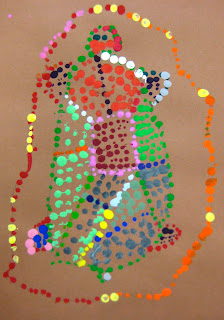 Katie
Washington , United States
I'm an art educator currently in my third year! I began as an elementray art teacher and now work in a middle school teaching 2D and 3D art in addition to photography, graphic design, ceramics, and video productions. Look back through my blog history and hopefully you will be inspired to try a project I have done. It is my hope that through blogging I can connect with other art educators and discover new approaches to various projects. Along the way I hope that my discoveries in teaching and art inspire those who may stumble upon my blog!!!